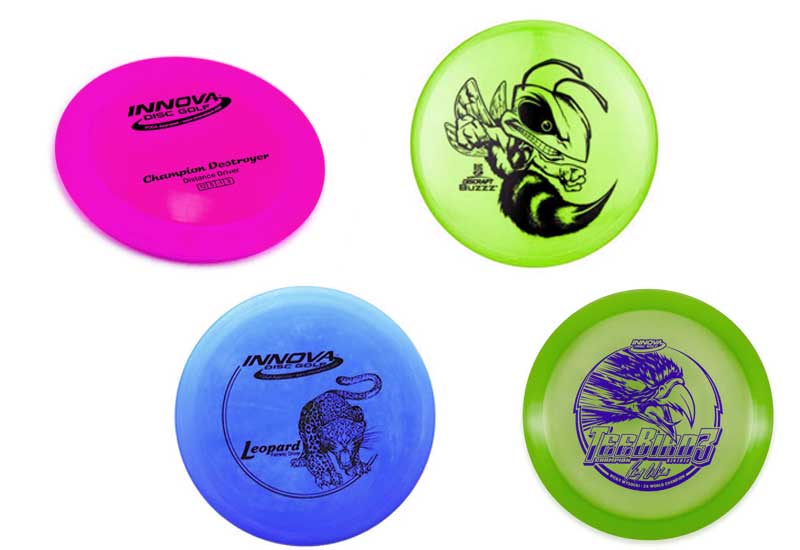 I started this post in 2021 but it gets updated often and I have made a few changes to reflect more discs I’m using as we move into 2023.

Are The Best Selling Discs On The Market The Best?

The best selling discs for any given year don’t necessarily reflect thee best discs of all time, but they give you a good reading of whats popular amongst players. Sometimes discs are over hyped because a top pro usues them. But perhaps they are good for the pros throwing style, they may not suit what YOU need.

Is the best disc the one that is easiest for you to throw, or the one that goes the furthest, or lands where you want it to? That’s a pretty subjective decision. You can’t go too wrong with most of the discs on this list. Sometimes you’ll just need to switch the plastic blend to suit, but these discs are tried and tested winners.

The Innova Destroyer was Infinite Discs biggest seller in 2020. Second on their sales chart was my all time favorite mid-range disc, the Discraft Buzzz.  A driver and then a mid-range sold the most discs @ Innova, so naturally a putter namely the renowned Luna from Discraft was Infinites third biggest selling disc.

With the Zone at number 5 Discraft took 3 out of the top 5 biggest sellers. Not bad.

Discraft dominated the top 5 (discs sold) cementing the companies spot as the most relevant disc manufacturer in the industry. They had lost this spot almost a decade previously as rivals brought out new plastic blends and pinched their ambassadors.

But with some smart promotion and sponsorship moves (resigning Paige pierce and Paul McBeth $10 million deal) they have reclaimed their right as one of the most innovative companies in the market. After all they started the industry way back in the 70’s.

Let’s not forget about Innova though. The 12 speed Destroyer was the biggest selling disc on Infinite in 2020. Not to mention out of the top 100 discs Innova appeared 33 times as opposed to Discrafts 23.

On To Our List of The Best Golf Discs To Buy

The biggest seller on Infinite this overstable distance driver has a hefty element of turn which helps that thing glide like a bird. Not too overstable to quash distance. Brilliant for forehand throws and nice predictable fade for RHBH shots.

Everybody knows the Buzzz or at least has or had one, or wants one. Or if you are a denier –  imagine if you find a stray, you’ll be itching to prove yourself wrong. There are few mids that fly longer and straighter than the Buzzz.

Straight as a dye this stable go-where-you-want-it to disc has been around forever. Available in wide range of plastics from extra grippy to all weather grades. The ESP Buzzz is even straighter.

Looking for an all-round disc? This is the one. Anyone can throw it. Starting out it will help you to perfect your lines. With more hours under your belt it will hold any line you put it on, no matter if you throw it hard or slow. It’s that good and everyone knows it.

Amazing ace record- the Buzzz has netted 1 in 14 of all recorded aces. Speechless?

Would have been higher on Infinite’s top sellers of 2020 but I reckon everyone has one and a lot of people were locked down at home practicing with putt and approach discs. The Teebird is sometimes seen as an older generation disc, which is to the loss of anyone who thinks that way as it is simply amazing.

This fairway driver has been known to set the mold for all other drivers to follow.  It’s a brilliant overstable disc with incredible accuracy and the fade gets lighter as the disc beats in. Good for any type of shot and it also has the torque to hold once you let rip with big arm powerhouses.

A reliably accurate drive, the 6 speed Leopard carries a straight flying neutral trajectory before a late turn about 2/3’s into the shot before settling gently back to center. Flip it with some hyzer and it will move to the right for RHBH throws.

A very easy disc for beginners to use, but even advanced players will bag it for it’s true flight numbers and easy flips and turnover manoeuvrability.

The straight flying flight is like a Buzzz and a Roc. 6 speed hits the sweet spot for beginners, as with lower arm speed it will fight it’s way back to flat.