Spike Hyzers - When & Why You Need One

Disc Golf can be as complicated as it you make it or as it needs to be. Times you just need to play an unorthodox shot. A spike hyzer is such a shot.

I like to talk about extreme hyzer angles on this site. A throw type that is released at a sharp hyzer angle is called a spike hyzer. The shot is launched high, forcing it to angle out as it ascends and returns vertically to the ground. Once the discs loses loft it spikes back down to the ground and doesn’t skip or roll with very little fade.

Should a beginner start with Spike Hyzers

It depends how much time you have. That time would be better spent learning the basics and trying to master flat releases at the start of your playing career. Once you get good at distance and accuracy and can master a range of grip styles spike hyzers and skip shots can come next.

How To Perform A Spike Hyzer Correctly

The spike hyzer is useful to have in your arsenal maybe not so much when you are starting out because you need to get the basics down pat at first. And down really well before learning some fancy pants tricks. So before moving on to spike hyzers it’s important to revisit what a hyzer is and actually does.

A hyzer is referred to any angle put on a disc from flat to vertical. 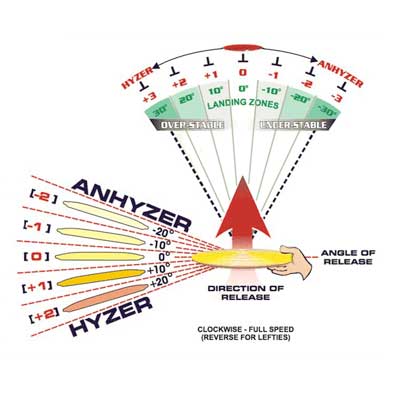 But there is a caveat. You’ve heard of the law of diminishing returns? Well it is applicable to hyzers. Once you have the disc almost vertical, it goes less to the left and as you reach vertical the disc will not go left at all. At this angle it becomes a SPIKE HYZER.

A spike hyzer is used when you don’t want to go far to the eft, but down and slightly to the left. As the disc is coming in so flat it should dig and not skip or roll.

This hyzer is not to be confused with the GRENADE. A grenade is used when you want the disc to go up and over an object and come down flat in the center without moving to the left at all.  A grenade will finish slightly to the right if you use an understable disc.

So when would you use a Spike Hyzer?

When you need to get over a tall object like a tree and you want it come down straight on the opposite side without it fading left. Overstable discs are recommended for spike hyzers.

Why Do new Players Struggle With Spike Hyzers?

Spike hyzers can be difficult and avoided by new and even intermediate players if they can’t get them right. It’s not an easy shot as it’s uncomfortable. To get the angle right you have to bend forward. You lose power the more you bend forward when you throw a spike. You also have to put more power into your arm to keep it straight whilst trying to maintain balance at the same time.

If you have lower back or flexibility problems this can be a very hard shot. Many players will opt for a grenade instead as it’s easier to throw. If you want to sacrifice where your disc lans you can try and make up for it on the next shot. But if you want the option of performing a spike hyzer correctly you can’t avoid it in practice sessions or in competitive rounds.

If you work on your lower back strength and your flexibility in the gym it will transfer over to your game, especially on this shot. it will especially be good for your power. You can even buy resistance band sets specifically aimed for increasing your throwing power and accuracy just like this here.

This Simple Stance Tweak Can Help You Balance During Spike Hyzers

There is one simple tweak you can make on your throwing stance that will provide instant results and stability when you are throwing a spike hyzer, no matter your age or flexibility. It simply involves creating a counter balance with your rear foot as you lean forward. Yes its simple it theory but harder to put into practice especially if you have poor balance. It might take you a lot of throws to get it right but you’ll get there.

Scott Stokely does a great job showing hows its done about 5 mins into the video above.

So when you lean forward to throw just kick your rear leg out at the same time. You can do 1 leg hamstring balance stretches at home to help you get used to balancing. You can add a kettlebell, dumbbell or similar household object to add a bit of resistance to the exercise. Or you could just hang in the lean position with no weight added for as long as you can.

Here is a guy demonstrating for reps with a kettlebell.

Are There Any Discs Recommended For Spike Hyzers?

Overstable discs are recommended for spike hyzers. just to aid that little bit of left tun you are looking for. 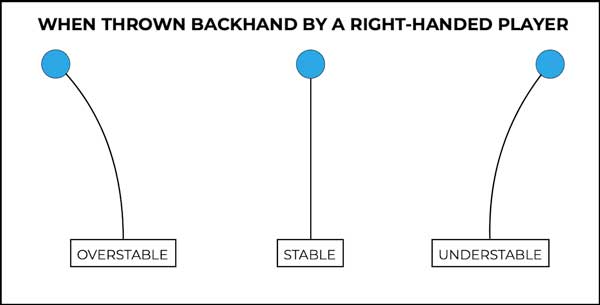 Learn which Shoes Are the best For Playing disc Golf in

See some of the best disc golf bags for under $50