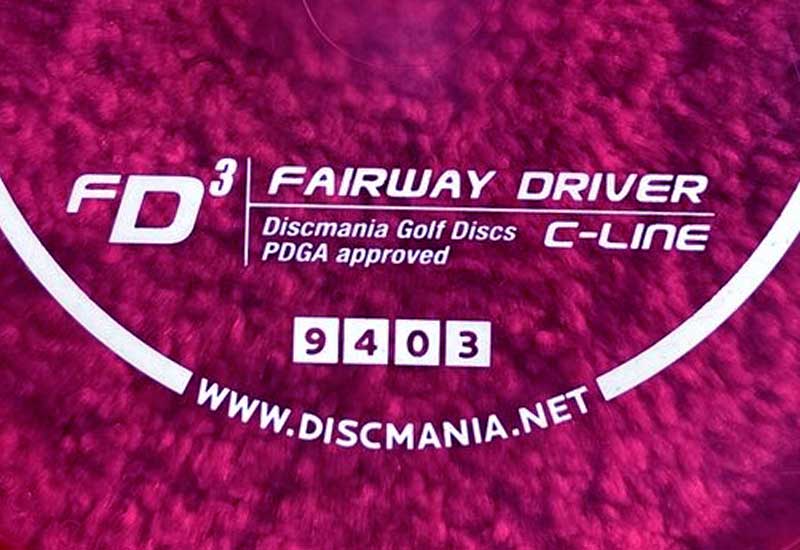 Ever wondered what the numbers on a disc golf disc mean? Well they are on there for a reason. Created by Innova Discs, they allow you to choose discs according to their flight paths. Knowing what the flight numbers mean helps you select discs according to what you need. If you don’t know what these 4 digits mean don’t freak, you will by the end of this article.

It’s all about those 4 digits baby.

Disc speed refers to how fast a disc will fly through the air. A disc with a higher speed rating of 14 will travel faster than a 5 speed disc. It is not always the case but discs with higher speed ratings general fly the furthest. The fastest discs are distance drivers.

Glide, measured 1-7 refers to a discs ability to maintain height as it flies. Disc with a higher glide number stay in the air longer. New players should look for discs with more glide to garner more distance. Advanced to intermediate players use discs with less glide when its windy. On approach shots it helps you to land on your spot with more precision as its not staying aloft in the air too long and being thrown of course by the wind.

This refers to how far the disc turns to the right during the initial stages of the flight. This measures a right handed backhand throw (RHBH). Discs with a +1 rating will turn very little and -5 rated discs will turn the most. Discs with more turn are a lot better for beginners and discs with less turn offer more precision in windy conditions. If you want a good roller disc choose something rated -3 to -5.

Fade describes how far your disc will turn towards the left at the end of its flightpath. For a RHBH throw a low speed disc tends to hook left. Discs with a 0 rating tend to finish straighter. A disc rated 5 will have a sharp hook as it finishes. Higher speed discs are useful for Skip & Spike Hyzers.

Disc Golf Terms That Help You Understand How Discs Fly

Compared to stable or overstable discs, understable discs are significantly more speed sensitive. At low speeds, an understable disc will frequently fly stable to overstable. Beginners typically throw discs at slower speeds. Consult our Glossary for more details on this and other terms.

Here is what Innova says of it’s flight ratings

While the flight ratings should give the thrower a good expectation of a disc’s flight, the exact flight is dependent on many factors like the particular material it is made with and, the throwers style and speed. Champion plastic generally produces the most high speed stable discs, followed by Star, DX, Pro, and R-Pro.

Why Are Disc Golf Numbers Useful to Know?

This method is useful for describing each disc as well as for comparing various models to one another. So it’s a good system to help you decide which discs you need, what you don’t need and where to spend your money. It simplifies choice and gives you a standard to compare and contrast discs.

As a result, since each disc has a distinct flight pattern, you can examine each number in turn to compare it to another, so if one disc has a higher glide for example you can figure out its going to stay in the air longer. The number system makes it simpler for disc golfers to choose discs generally. This also makes it easier for beginners to comprehend how each disc flies.

So in summary flight numbers are the gold standard for comparing discs against one another.

The Need For Speed

Now its time to break down those 4 numbers a little further. So first I’ll start with speed.

Faster discs are easier to throw against the wind than slower discs. Slower discs can still be thrown up wind but you need to apply a lot more power. In normal conditions slow speed discs require less power to throw than high speed discs. That’s why slower speed discs are recommended for beginners.

TIP> If you throw a slower rated disc downwind it might actually fly further than a high speed disc.

Glide is measured from 1-7.  Higher glide discs are recommended for beginners as it will keep them in the air longer and create longer distance. Glide is the term used to describe the discs ability to keep airborne.

Low glide discs are important to for other reasons. They are more accurate when its windy.

Glide describes the discs ability to maintain loft during flight. Discs with more glide are best for new players, and for producing maximum distance. Beginners wanting more distance should choose discs with more glide. Discs with less glide are more accurate in high wind situations or when you need something like a brick on a short approach shot.

Turned is measured from +1 t0 -5. A disc’s capacity to turn over to the right after being thrown by a rhbh thrower,  and do so typically with a significant amount of speed behind the disc is known as its high-speed turn. Discs closer to the -5 range will turn more.

Turn is connected to disc stability. A disc with a tendency to turn more has a higher chance of being understable -so if a RHBH player throws it the disc will turn more to the right . For newcomers, understable discs are advantageous. For beginners, look for a disc with this combinations

Incidentally a disc with high speed fade wants to go right for both LHBH & RHBH throws.

Some useful scenarios for using discs according to their fade are

Gameplay – it’s important to know that discs have different fade values to provide you with the options the course forces you into playing. Windy conditions, whether the course has a dog leg, whether you need to hit a tunnel shot through tress, whether there’s wind or whether you want to over flex a disc with extreme power to get around obstacles or gain distance, and finally how much of an angle you want to put on the release, all effect how discs move.

Don’t worry you will get better at working out the angles the more you play and watch the sport.

After you understand the numbers It doesn’t have to be too tough to purchase disc golf discs. However, there are a lot of discs in disc golf that you should avoid using when you are just new. Many are designed are for advanced players only.

If you don’t understand the numbers you are buying blind and can end up buying discs that are too difficult for your skill level. Not only can you this end up being really frustrating for you to master the new disc you bought, it can also be bad for your development.

How can you measure your progress at throwing your new midrange discs if you don’t actually know what you are measuring? And what’s your reference point for comparing and contrasting discs?

Therefore, you should take the time to quickly grasp the disc golf flight ratings. The four digits on a disc golf disc that stand for speed, glide, turn, and fade are the flight ratings. You need low speed (1 to 7) discs for beginners, as well as discs with high glide (5 to 8), high turns (-4 to -1), and minimal fade (0 to 2).

Read my post here on the ‘best mid-range discs for beginners‘ to get started.

Drivers In this Recommended List Mini Breakdown For Beginners

If you want a driver to master you’ve guessed it  – DRIVING – it’s hard to overlook the straight flying Innova Leopard.(6/5/-2/1)  It’s got a minimal amount of fade which should help all you new players keep the maintain that bit of straightness you are looking for at the end of the flight.

You don’t want a disc with a massive amount of fade as it’ll complicate how you have to position how you release the disc to compensate for this at the start of the flight. Trust me get a disc with little fade like the Leopard and you’ll appreciate it in the long run.

The Servo by MVP (7/5/-1/2) is another great option as it is low speed (6) so doesn’t require a great deal of arm strength for beginners. It’s also a straight to stable disc so this will be a great point and shoot asset. There’s nothing as frustrating as when you are just starting out and you can’t get your drivers to land anywhere near where you want the too. Either the Servo or the Leopard will help you out with this.

The Servo also has a load of glide which is not only why its good for beginners but also advanced players who can gather some serious distance with it down the fairway. It has something called GYRO™ technology which keeps the disc pushing forwards instead of rattling side to side.

Mid-Ranges In this Recommended List Mini Breakdown For Beginners

Discraft Buzzz (5-4-1-1) – the most famous disc of all time probably and reviewed here. An exceptional straight flying and easy to throw disc for beginners. Such a versatile disc for players of all levels. Check out the review mentioned just now if you want the finer details, but for now all you need to know if you are just getting started playing disc golf is this is a great disc for new players like yourself. So go grab it.

The Innova Mako3 is another beginner friendly mid. It’s super straight just like the Buzzz. The difference between it and the Buzzz is that you can grow with the Buzzz as you get a lot more rounds in. You’ll use the Mako3 (5-5-0-0) for straight shots and that’s about it until you get super advanced and develop more arm speed. When that happens the Buzzz will fly further than the Mako.

Putters In this Recommended List Mini Breakdown For Beginners

Going to speak like Yoda here, One of the most well-liked putters in use today, the Aviar is. Like it you must.  – that marks the end of Yoda’s contribution, hopefully the royalties won’t cost me too much.

You should absolutely check out an Aviar if you’re a newbie. It’s easy to control, and like those good mid-ranges mentioned above it holds a very straight-stable flight path. Grab a home disc golf basket and get practicing.

The Judge by Dynamic Discs is another great putter choice for beginners. Its the best selling disc from DD on Infinite Discs. It’s both straight flying, if not ultra straight and glidey. Good for putting and approach shots. There really is nothing else to add about this discs that hasn’t already been said except to reinforce the point if I had to choose between this and the Aviar I’d pick the Judge all day long. If Yoda recommended it you know you would.

Time To Go Out & Practice

Now that you’ve mastered the numbers go out and master the game. If you need to refresh now and again bookmark this page and come back when you need to.

Read all about one of the best disc golf mid-range discs of all time here.

Now you know how the numbers work brush up on your knowledge of the rules of the game.

Get qualified and mentored with the Edge Program.

Here’s all the accessories you will ever need to enjoy the game.